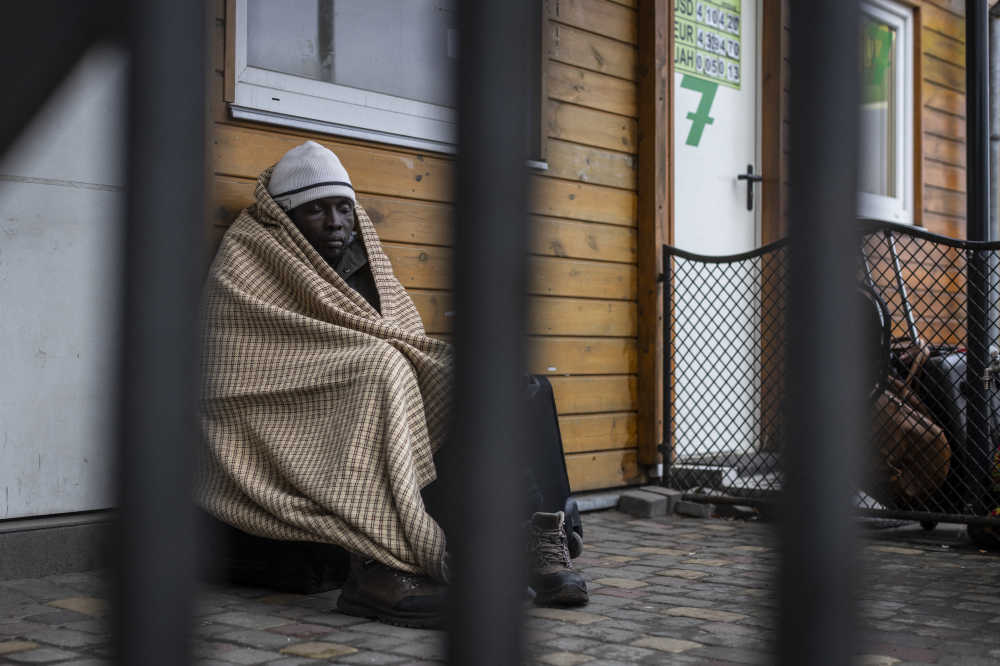 As the stream of people fleeing Ukraine from the Russian invasion shows no sign of abating, the Nigerian government has expressed concern over reports of discriminatory behaviour by Ukrainian and Polish border guards against Africans.

"There have been unfortunate reports of Ukrainian police and security personnel refusing to allow Nigerians to board buses and trains heading towards the Ukraine-Poland border," read a statement published on Thursday by Nigeria's presidency.

The presidency also cited a video that has been widely shared on social media showing a Nigerian woman with her young baby being forcibly made to give up her seat to another person.

"One group of Nigerian students having been repeatedly refused entry into Poland have concluded they have no choice but to travel again across Ukraine and attempt to exit the country via the border with Hungary," read the statement.

"While efforts to begin talks between Russia and Ukraine are under way, paramount on our minds is the safety and human rights of some four thousand Nigerian citizens and many others from friendly African nations today stranded in Ukraine," it added.

The same concerns were shared on Sunday by Nigeria's foreign minister Geoffrey Onyeama who is said to have spoken about the matter with his Ukrainian counterpart.

"He asserted that Ukrainian border guards have been instructed to allow all foreigners to leave. He promised to investigate and revert quickly," Onyeama said on Twitter.

Meanwhile, Poland's ambassador to Nigeria Joanna Tarnawska has dismissed claims of unfair treatment. "Everybody receives equal treatment," she told Nigerian journalists. "I can assure you that I have reports that already some Nigerian nationals have crossed the border into Poland."

The reports come in the middle of a war that started on Thursday after Russia's President Vladimir Putin ordered troops to enter Ukraine following weeks of military build-up along the two countries' border.

The conflict has prompted more than 500, 000 people to flee Ukraine, according to the United Nations. UN refugee agency spokeswoman Shabia Mantoo said on Monday that the latest count had 281,000 people entering Poland, more than 84,500 in Hungary, about 36,400 in Moldova, more than 32,500 in Romania and about 30,000 in Slovakia.